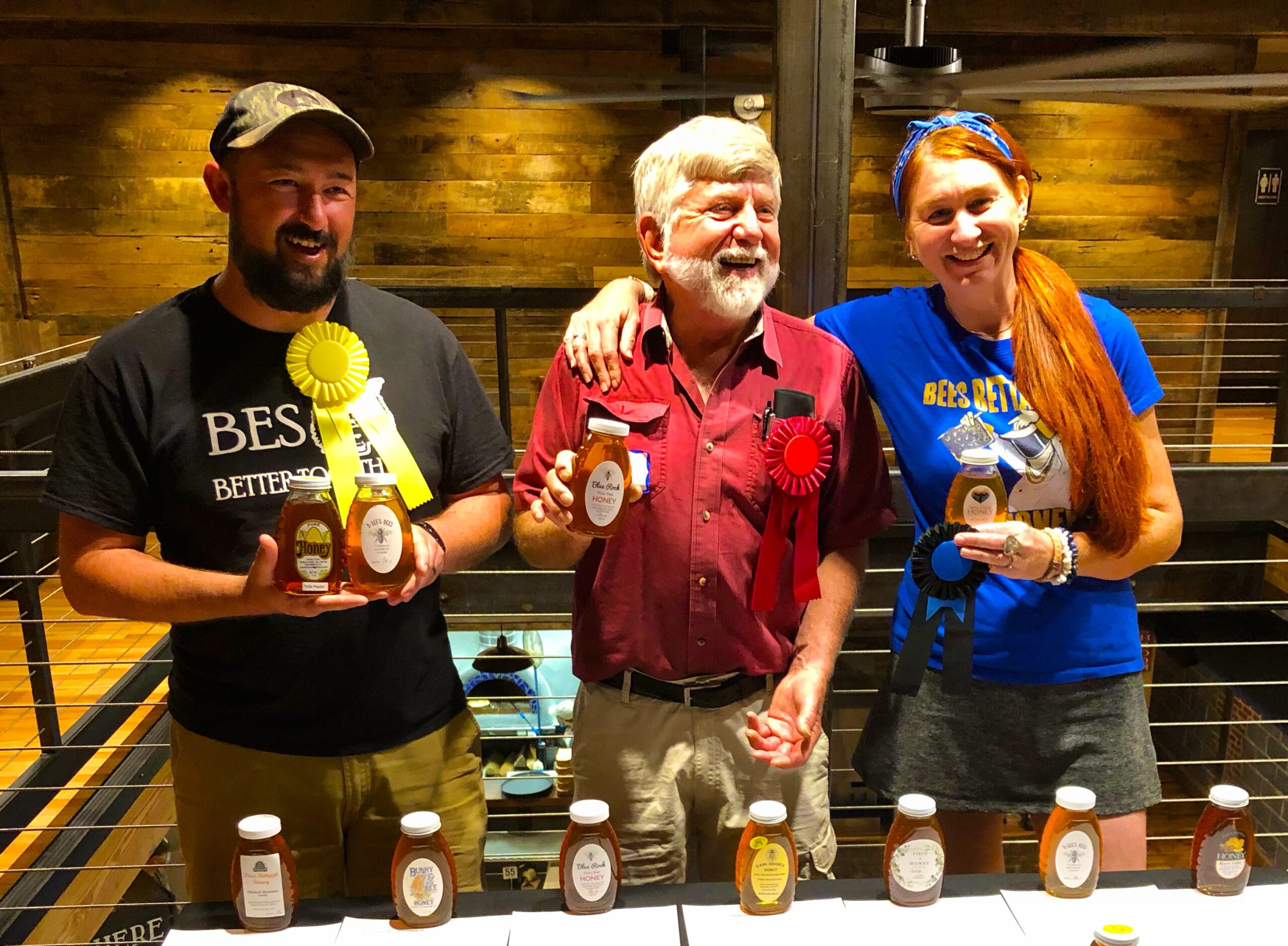 For three hours, honey lovers from Mitchell, Avery and Yancey counties sampled and savored a dozen delicious kinds of honey, making their choice for the Toe Cane Beekeepers Association’s best honey for 2021.  The judging, which included both fellow beekeepers and members of the public, took place September 21 at the Homeplace Beer Company, a craft brewer in Burnsville, N.C.

Sometimes the differences were subtle; sometimes they were profound.  Some honeys were dark and flavorful, while others were light and citrusy.  The honeys came from farms, homesteads and from hobbyists, from bee yards on mountaintops and hives in valleys and hollows.

Most voters circled the table, narrowing their choices down.  When the results were tabulated, the winners were:

Congratulations to the winners and thanks to all who stopped by and voted.

You can find out more about which cookies we are using or switch them off in settings.

This website uses cookies so that we can provide you with the best user experience possible. Cookie information is stored in your browser and performs functions such as recognising you when you return to our website and helping our team to understand which sections of the website you find most interesting and useful.

Strictly Necessary Cookie should be enabled at all times so that we can save your preferences for cookie settings.

and your login information.

If you disable this cookie, we will not be able to save your preferences. This means that every time you visit this website you will need to enable or disable cookies again.  Also, members who login will not stay logged in between visits.